[2005] The Messaging Server, towards a public release, Air Deccan and ADE

How do you prepare to clean up your main product for a public release?

First - You start by renaming it to focus on one thing: Mail services. Then you make it “quick-to-deploy” and “easy-to-use”.

In 2005, we decided to focus on rebuilding deepOfix as a “Messaging” server. Instead of a general-purpose office server. It was also the start of an almost 18 to 20 month process to release the deepOfix source code publicly.

A significant part of this was motivated by intense business discussions with Kumar Vembu (AdventNet, GoFrugal).

How does it feel to work with an iconic Airline?

2005 was also the year we started a 3 year association with Air Deccan. Col Arvind Saksena (the Air Deccan CIO at that time) was extremely supportive and encouraged us to help him use free software to solve a very wide range of technical and operational challenges at Air Deccan. He was quick to understand that using GNU/Linux and free software could help him convert his capex (capital expenditure) to opex (operational expenditure) while also giving him real flexibility and freedom.

Over 3 years, starting with a simple firewall at their first office, we deployed fax server, request tracking (to handle their ticket refunds) and customer support solutions (emails to the support and the CEO’s email address), mail server clusters (first time we used OCFS2 with a SAN for clustered storage) and desktops (at various boarding points to scan boarding passes) at Air Deccan. It was a great learning experience for us and its a matter of great pride for us (even today) that a tiny team like us was able to run some of the most critical IT systems for an iconic Indian Airline like Air Deccan.

Relationships that we built with system admins and IT managers at Air Deccan still survive and we are lucky to have got opportunities to work with them again in other organisations.

Or build a UUCP-based mail server that fetches email from ERNET?

Who remembers UUCP-based email services that ERNET used to offer?

We first encountered UUCP when working with FRLHT (the had their email on ernet at that time). The next (and possibly, last) time we encountered and managed UUCP-based email (for almost 3 years) was at Aeronuatical Development Establishment (ADE) - a premier defense organisation.

This was also the first time that someone came out with a public tender asking for companies to bid to supply the “deepOfix Messaging Server” with a 3-year support contract! :)

Or to build a distributed mail server for one of the largest garments brand?

Arvind Exports had large distributed units all over Bangalore. While they had a central office on MG Road, they had manufacturing units and various divisions in at 3 corners of the city.

We built a distributed mail server spanning all their 4 units and head-office. This cluster operated successfully till around 2011.

We modified our webpages to reflect the focus towards a mail server product. This is the home page of the website powered by a wiki engine this time:

Screenshots of the EasyPush Server Manager 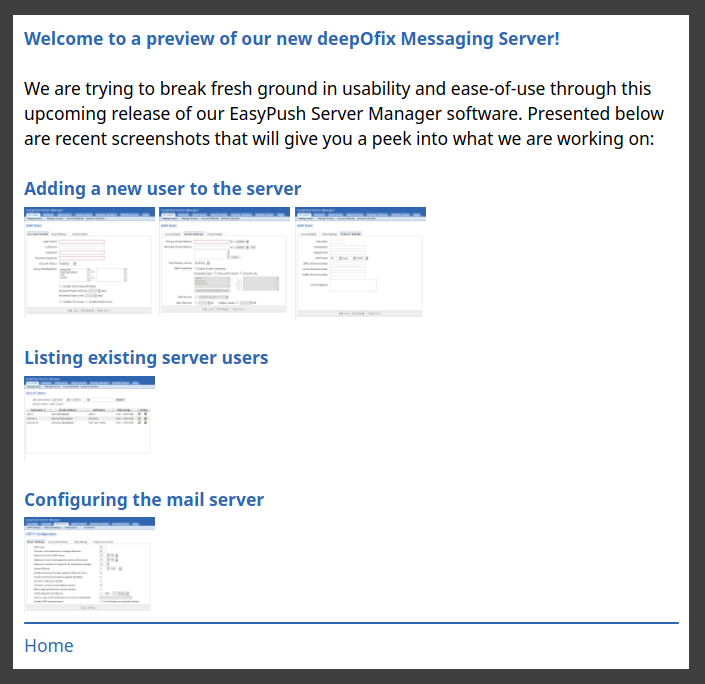 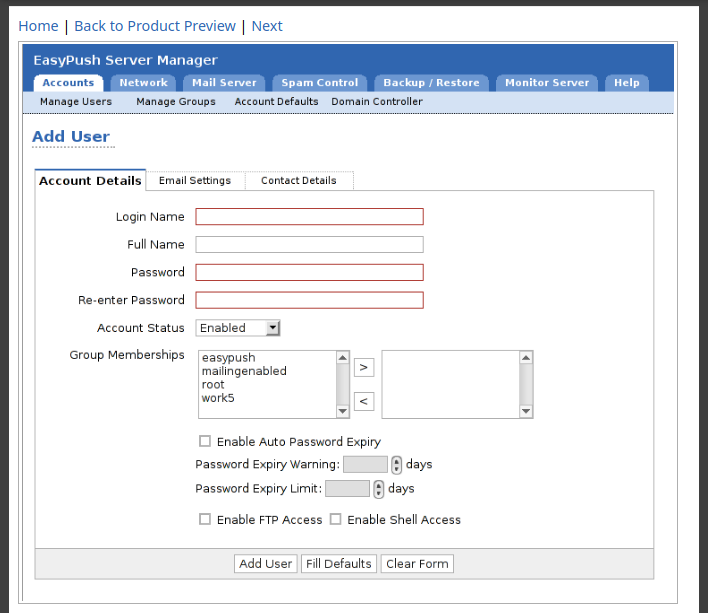 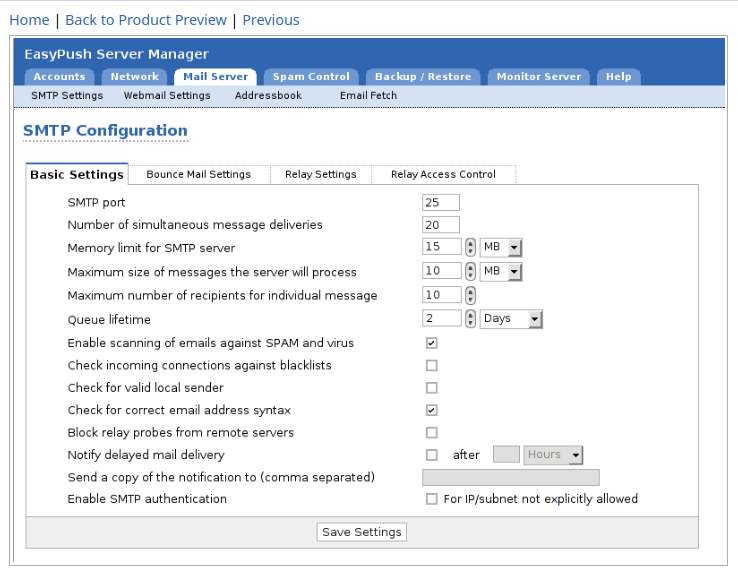